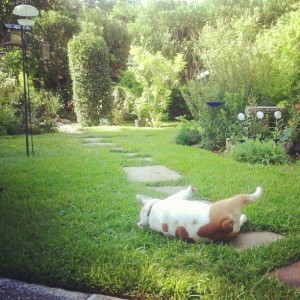 With the personality of a goofy, clever, stubborn 5-year-old child, and rolls that went on for days, Eddie brought a smile to the face of everyone he met.   By 3½ years old, he had all but completely taken over the Koulideas Instagram page, crediting his expressions and overall awesomeness for his success. (He spent his last eight months sharing the limelight with his human brother, but didn’t seem to mind too much)

A Texas born purebred English Bulldog, Eddie came from a lineage of great names – from parents Sophie Babe and Pacman Von Hogan, to grandparents and great-grandparents with names like: “Poboy Cash Two Bits”, “Tille ‘D-Best’ Chantelly Lace”, “Azza’s Totally A Tank”, “Rufus Show Me The Money 2”, and “Pa’s Unsinkable Molly”. In mid-October in 2010, we were not consciously trying to keep with the “family tradition” when we tried to find the perfect name for this 2-month-old, 8.5 pound rolly polly, we just wanted to find a name that fit him perfectly!  It turns out, the story of how “Eddie Pacmanovich” became that name is the very thing that kept the tradition.

After two days of the joys and adjustments of having a new puppy, we noted that it appeared as though our little guy was wearing eyeliner.  Being big fans of the British comedian and actor, Eddie Izzard, this tiny similarity was all it took. 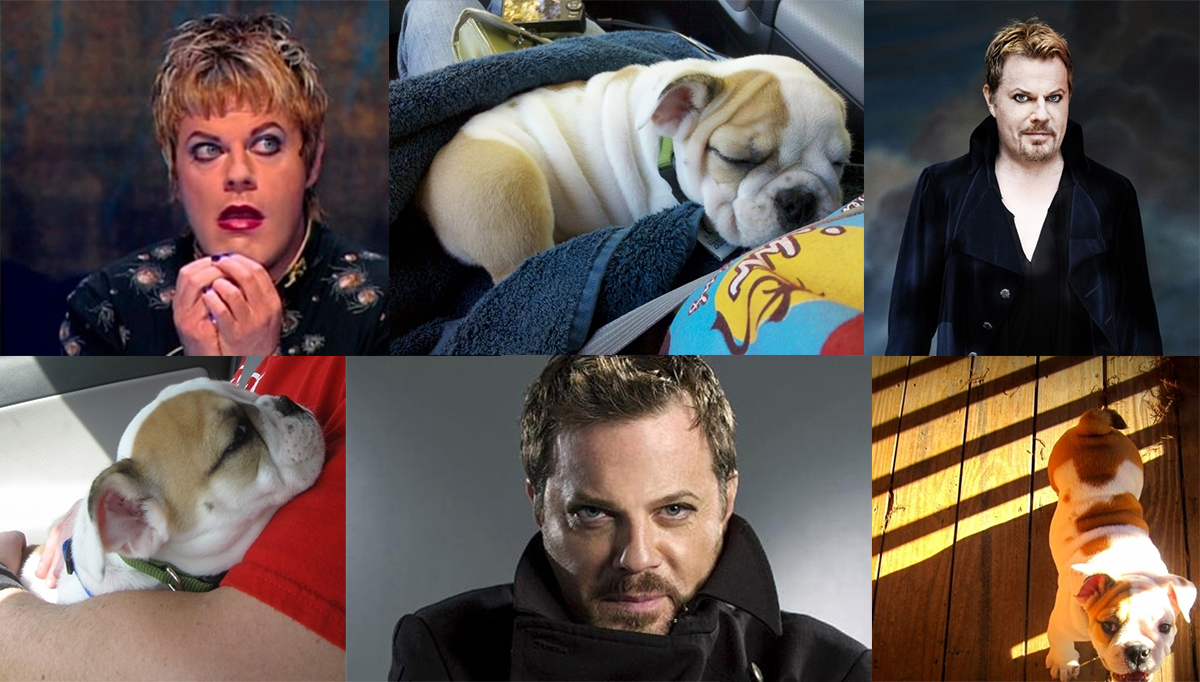 Oh, and his middle name, “Pacmanovich”?  That’s a nod to Russian tradition, where a person’s middle name is determined by their father’s name, and means “son of Pacman”.

We said goodbye to Eddie on August 21, 2018 – just three days after his eighth birthday. We miss him terribly but he will live on in our hearts and memories — and as the Koulideas mascot.